Why God Sometimes Says “No” 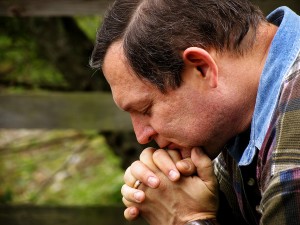 When the righteous cry for help, the Lord hears, and delivers them out of all their troubles. (Psalm 34:17)

We’ve all experienced those occasions when our prayers seem to have gone “unanswered”. Given the many comments in the Bible regarding the Lord hearing our prayers, could there really be such a thing as “unanswered prayer”? While the obvious answer is “no”, why is it that we sometimes ask but don’t receive?

In order to answer this question, let’s first be honest about what we mean by “unanswered prayer”. Basically, when we use this term, we’re not saying God didn’t answer, but rather that His answer was “no”. This leads to another important question (and one that IS answerable), “Why does God sometimes say ‘no'”? Let’s open up the Bible and look at some reasons why the Lord may deny our requests:

Lack of humility – Sometimes we feel that we know what’s best and proceed to tell God what we need. Even worse, we get angry when He doesn’t answer fast enough or in the way that we want. One of my favorite examples of humble prayer is the Syrophoenician woman whose daughter was possessed by a demon (Mark 7:24-30). Trying to help her daughter, the woman fell down at the feet of Jesus and begged for His help. Her posture alone speaks volumes about her mindset. She is approaching Jesus humbly, as a beggar. When the Lord responded to her plea with “It is not right to take the children’s bread and throw it to the dogs”, she was not fazed and replied, “Yes Lord, yet even the dogs under the table eat the children’s crumbs”. She didn’t complain, she wasn’t offended and, more importantly, she didn’t give up. Instead, she continued to ask, humbly trusting in the Lord’s ability to help. The result? Her daughter was healed. What would have happened if the woman took offense and stormed off after the Lord’s initial response?

Lack of faith – When the disciples came to Jesus and asked why they were unsuccessful in casting a demon out of a boy, the Lord’s response was blunt and to the point – “Because of your little faith” (Matthew 17:20)! When we approach Jesus with a request, do we really believe in His power? Maybe, but that can change in a hurry, especially when a sick relative for whom we’re praying starts to take a turn for the worse. How important is faith when we pray? According to Jesus, “whatever you ask for in prayer, you will receive, if you have faith” (Matthew 21:22). Does that mean that every time God doesn’t grant our request it’s because our faith is lacking? No, but it could be a contributing factor and should be addressed. Before you panic about your weak faith, however, remember that faith is a gift and you can’t increase it on your own. What you can do is ask the Lord to increase your faith, just like the father of the boy with a mute spirit, “I do believe; help my unbelief!” (Mark 9:24)

Asking for the wrong things – Let’s be honest, sometimes we pray for the wrong things. Even though it may be unintentional, we often ask for things that will increase our comfort and could harm our relationship with the Lord. That new job might pay more money and help us to better provide for our family, but it may require us to work extra hours which could cut into our family time. The increased earnings and security could also cause us to rely less on God, thinking that we are in total control of our lives. Once again, Scripture offers a clear answer to why we sometimes ask, but do not receive – You ask and you do not receive, because you ask wrongly, to spend it on your passions (James 4:3).

It may be harmful to us – Sometimes we ask for things that would be harmful to us spiritually. These seemingly “good” things could possibly cause us to lose our salvation. Even though Jesus promised that if we ask, we’ll receive, He never said that we’ll get EXACTLY what we requested. In fact, He assured us that we would not be given anything that is not good for us:

“Or what man of you, if his son asks him for bread, will give him a stone? Or if he asks for a fish, will give him a serpent? If you then, who are evil, know how to give good gifts to your children, how much more will your Father who is in heaven give good things to those who ask Him!” (Matthew 7:9-11)

Instead of upsetting us, Jesus’ words should cause us to rejoice and give us confidence to ask for whatever we think we need. Ultimately, we know that the Father will never provide us with something harmful, even if we unwittingly request it!

He has something better in mind – As hard as it is to admit, sometimes we just can’t see the big picture. God always knows what’s best for us and for those around us. He also has a plan for our lives and that often involves doing things that we’d rather not do. Very few people would pray for increased suffering or more crosses in their life. As human beings who have a tendency to avoid pain and suffering, that is perfectly normal. Sometimes, however, doing God’s will involves suffering and even death. I have personally prayed for the physical healing of cancer-stricken relatives who have died. Does that mean that God didn’t answer my prayers? Not at all. He simply said “no” to the physical healing because it wasn’t what was best. One of my favorite and most comforting Bible verses is Romans 8:28 – We know that in everything God works for good with those who love Him. Not just the good things, but EVERYTHING! Sometimes, my friends, we just have to trust that God knows more than we do. While we should never stop asking, we should be open to His answer. One of the best illustrations of this can be found by looking at Jesus’ prayer on the night before He died. Providing us with a powerful example of how we should pray for our needs, but remain open to God’s response, He used the following words:

“Father, if you are willing, remove this chalice from me; nevertheless not my will, but yours, be done.” (Luke 22:42)

It’s perfectly acceptable for you to pray that your husband is healed from cancer or that you get that new job, but always be open to God’s Will. He sees the big picture and really does know what’s best. Imitate the example given to us by Jesus and always trust in His providence.

Although it’s difficult to accept, we need to trust that God always has a reason for saying “no” to our requests. He does this out of love and because He “desires all men to be saved” (1 Timothy 2:4). Just like any loving parent, the Lord will sometimes say “no” because it really is what’s best for us. We may not get it now, but someday we’ll thank Him!

This entry was posted in faith, prayer, trust. Bookmark the permalink.

36 Responses to Why God Sometimes Says “No”