How Should Catholics Vote? 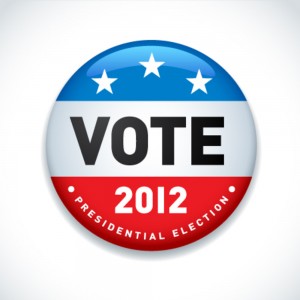 Sorry if this disappoints you, but I’m not going to tell you who to vote for in the upcoming United States presidential election. What I will do, however, is give you some Catholic voting guidelines based solely on Church teaching. I will echo the words of Philadelphia’s Archbishop Charles Chaput and remind Catholics that primarily we should primarily vote AS CATHOLICS, not necessarily as Democrats or Republicans. And we should not take that responsibility lightly, as one day we’ll have to defend our position when we stand before God on our judgment day.

How should we vote in the upcoming presidential election? Let’s look at some comments by the United States bishops, from their document, Forming Consciences for Faithful Citizenship (A Call to Political Responsibility from the Catholic Bishops of the United States) as well as my own observations. For the sake of brevity, I will focus on one issue, the right to life. There are other issues that are important, but this one should be at (or VERY near) the top of every Catholic’s voting issues list.

As Catholics, who should we vote for?

7. In this statement, we bishops do not intend to tell Catholics for whom or against whom to vote. Our purpose is to help Catholics form their consciences in accordance with God’s truth.

This is good. While the Church will not tell us who to vote for, she should and will provide us with the guidelines needed to vote as Catholics. More than “just another opinion”, when the successors of the Apostles speak…we should listen!

How should conscience come into play when voting?

17. Catholics have a serious and lifelong obligation to form their consciences in accord with human reason and the teaching of the Church. Conscience is not something that allows us to justify doing whatever we want, nor is it a mere “feeling” about what we should or should not do.

Are some things always wrong?

22. There are some things we must never do, as individuals or as a society, because they are always incompatible with love of God and neighbor. Such actions are so deeply flawed that they are always opposed to the authentic good of persons. These are called “intrinsically evil” actions. They must always be rejected and opposed and must never be supported or condoned. A prime example is the intentional taking of innocent human life, as in abortion and euthanasia. In our nation, “abortion and euthanasia have become preeminent threats to human dignity because they directly attack life itself, the most fundamental human good and the condition for all others” (Living the Gospel of Life, no. 5). It is a mistake with grave moral consequences to treat the destruction of innocent human life merely as a matter of individual choice. A legal system that violates the basic right to life on the grounds of choice is fundamentally flawed.

Abortion and euthanasia are ALWAYS evil and must ALWAYS be opposed.

Are there any cases when abortion and euthanasia can be supported?

28. The direct and intentional destruction of innocent human life from the moment of conception until natural death is always wrong and is not just one issue among many. It must always be opposed.

As a Catholic, can I morally vote for a candidate who supports a grave evil such as abortion?

34. A Catholic cannot vote for a candidate who takes a position in favor of an intrinsic evil, such as abortion or racism, if the voter’s intent is to support that position. In such cases a Catholic would be guilty of formal cooperation in grave evil. At the same time, a voter should not use a candidate’s opposition to an intrinsic evil to justify indifference or inattentiveness to other important moral issues involving human life and dignity.

35. There may be times when a Catholic who rejects a candidate’s unacceptable position may decide to vote for that candidate for other morally grave reasons. Voting in this way would be permissible only for truly grave moral reasons, not to advance narrow interests or partisan preferences or to ignore a fundamental
moral evil.

Technically yes, but only if the alternative is worse. If you are voting for someone who supports abortion, there has to be an EXTREMELY good reason. For example, his opponent must pose an even greater threat to life than murdering the unborn. In my opinion, that’s just about an impossibility.

How about if neither candidate is perfect when it comes to issues of life?

36. When all candidates hold a position in favor of an intrinsic evil, the conscientious voter faces a dilemma. The voter may decide to take the extraordinary step of not voting for any candidate or, after careful deliberation, may decide to vote for the candidate deemed less likely to advance such a morally flawed position and more likely to pursue other authentic human goods.

Although the bishops allow us to make the choice of not voting, they call it an “extraordinary step”. That means it should only be a last resort. If both candidates support an intrinsic evil such as abortion, our first choice should be to vote for the individual who will do less harm. In the case of abortion, which candidate will cause less children to be murdered?

How does abortion rank when it comes to other issues? What if I feel that the pro-abortion candidate will do a better job with the economy?

37. In making these decisions, it is essential for Catholics to be guided by a well-formed conscience that recognizes that all issues do not carry the same moral weight and that the moral obligation to oppose intrinsically evil acts has a special claim on our consciences and our actions.

Can I decide to NOT vote for a candidate just because he supports an intrinsically evil act (such as abortion) even if I agree with his other positions?

Yes, you can. Even though Catholics should not be “single issue voters”, you are morally justified in refusing to vote for a candidate solely because he supports abortion. That is a powerful statement by the bishops.

What is the Democratic Party’s position on abortion? This is taken from their website:

Protecting A Woman’s Right to Choose: The Democratic Party strongly and unequivocally supports Roe v. Wade and a woman’s right to make decisions regarding her pregnancy, including a safe and legal abortion, regardless of ability to pay. We oppose any and all efforts to weaken or undermine that right. Abortion is an intensely personal decision between a woman, her family, her doctor, and her clergy; there is no place for politicians or government to get in the way. We also recognize that health care and education help reduce the number of unintended pregnancies and thereby also reduce the need for abortions. We strongly and unequivocally support a woman’s decision to have a child by providing affordable health care and ensuring the availability of and access to programs that help women during pregnancy and after the birth of a child, including caring adoption programs.

What is the Republican Party’s position on abortion? This is taken from their website:

The Sanctity and Dignity of Human Life: Faithful to the ?self-evident? truths enshrined in the Declaration of Independence, we assert the sanctity of human life and affirm that the unborn child has a fundamental individual right to life which cannot be infringed. We support a human life amendment to the Constitution and endorse legislation to make clear that the Fourteenth Amendment?s protections apply to unborn children. We oppose using public revenues to promote or perform abortion or fund organizations which perform or advocate it and will not fund or subsidize health care which includes abortion coverage. We support the appointment of judges who respect traditional family values and the sanctity of innocent human life. We oppose the non-consensual withholding or withdrawal of care or treatment, including food and water, from people with disabilities, including newborns, as well as the elderly and infirm, just as we oppose active and passive euthanasia and assisted suicide.

Republican leadership has led the effort to prohibit the barbaric practice of partial-birth abortion and permitted States to extend health care coverage to children before birth. We urge Congress to strengthen the Born Alive Infant Protection Act by enacting appropriate civil and criminal penalties on healthcare providers who fail to provide treatment and care to an infant who survives an abortion, including early induction delivery where the death of the infant is intended. We call for legislation to ban sex-selective abortions ? gender discrimination in its most lethal form ? and to protect from abortion unborn children who are capable of feeling pain; and we applaud U.S. House Republicans for leading the effort to protect the lives of pain-capable unborn children in the District of Columbia. We call for a ban on the use of body parts from aborted fetuses for research. We support and applaud adult stem cell research to develop lifesaving therapies, and we oppose the killing of embryos for their stem cells. We oppose federal funding of embryonic stem cell research.

We also salute the many States that have passed laws for informed consent, mandatory waiting periods prior to an abortion, and health-protective clinic regulation. We seek to protect young girls from exploitation through a parental consent requirement; and we affirm our moral obligation to assist, rather than penalize, women challenged by an unplanned pregnancy. We salute those who provide them with counseling and adoption alternatives and empower them to choose life, and we take comfort in the tremendous increase in adoptions that has followed Republican legislative initiatives.

The two parties differ drastically when it comes to abortion. Make absolutely certain that you read and understand their positions before you vote!

Although many of us have political party affiliations that go back many years, we should take seriously our duty to vote AS CATHOLICS. There is A LOT at stake in this presidential election and we must carefully examine Mr. Romney and President Obama’s positions on critical issues, such as abortion. In the United States, it is currently legal to murder the unborn. Does this matter to you? It should. Please don’t put yourself in the position of having to explain to God why you didn’t do anything to stop the slaughter. Even worse will be having to explain why you helped the slaughter to continue!