Dear God, I Don’t Get It…A Book Review By A Special Guest Blogger! 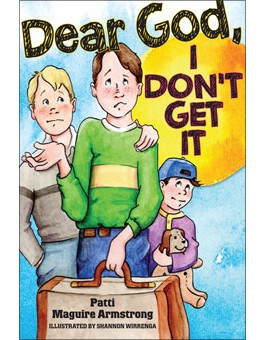 My daughter Elizabeth is a big fan of Patti Maguire Armstrong (me too!) and she is especially fond of her Dear God, I Don’t Get It book. Rather than me tell you about how much she likes the book, let me turn you over to today’s guest blogger – Elizabeth Zimak!

Dear God, I Don’t Get It – Patti Maguire Armstrong 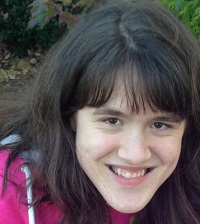 A Book Review by Elizabeth Zimak

When twelve-year-old Aaron Ajax discovers that his family will be moving from Kalispell, Montana to Bismarck, North Dakota, he can hardly believe it. Aaron has to leave his old friends, school, and lifestyle behind…how could God do this to him?

Aaron struggles to adjust to his new life in North Dakota, and he is faced with several obstacles. One of these obstacles is a boy named Josh who acts like a bully towards everyone. At first, Aaron has trouble making friends, but eventually befriends several boys while playing football at recess. Aaron’s new friends encourage him to join the boys’ football game after school and he excitedly agrees to participate in the game. Finally, he is fitting in at his new school!

During the football game, however, Aaron accidentally stumbles over Josh. The other boys, thinking Josh tripped Aaron on purpose, are tired of this boy’s nasty behavior. They kick Josh out of the game, and Aaron has to decide whether or not to stand up for this bully and put his new friendships at risk.
I won’t give away the ending, but I will tell you that things do work out well.

I really could not put this book down the first time I read it. I’ve read it several times since and never tire of it. It is a wonderful book for all ages. It is filled with great lessons for people to learn, as well as several humorous scenes. The characters in the story seem very real to me, as if I know them. Patti Armstrong is a very talented writer, and I look forward to reading more of her books in the future!

You can purchase the book at the following link:
This entry was posted in book reviews, books. Bookmark the permalink.

2 Responses to Dear God, I Don’t Get It…A Book Review By A Special Guest Blogger!